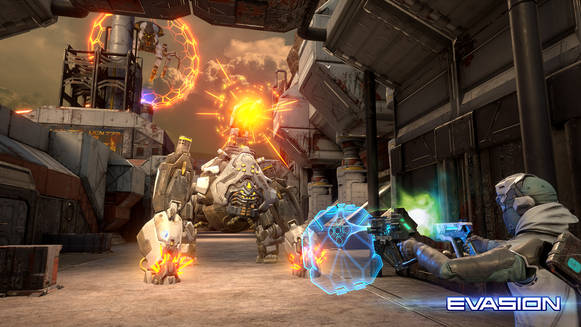 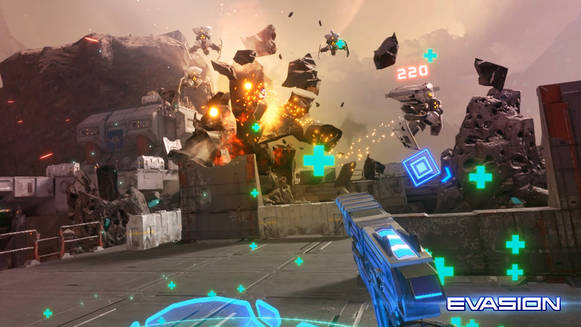 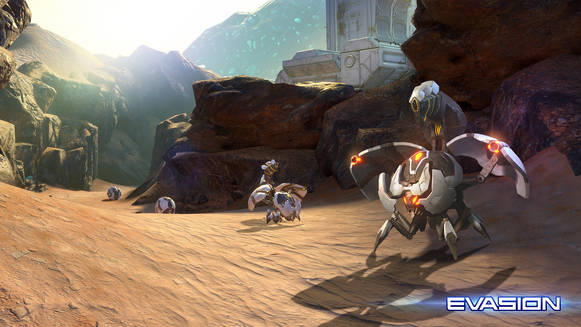 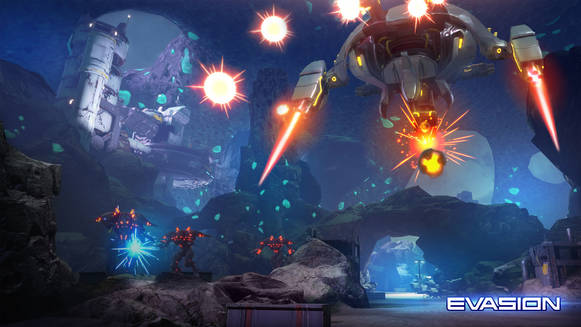 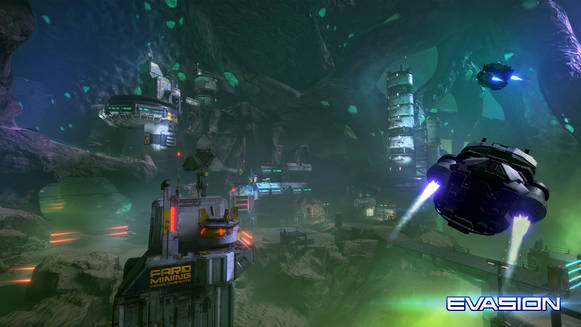 Experience the next generation of VR combat with Evasion, an intense sci-fi bullet-hell shooter. Play solo or team up to save an embattled colony from swarms of lethal Optera. Run, dodge, and unleash devastating Surge Attacks as you fight your way through an action-packed story campaign. Featuring four player classes, a challenging Survival Mode and free move locomotion, Evasion is the ultimate wish fulfilment for sci-fi shooter fans.

Evasion will deliver cinematic destructible environments and intense bullet hell action. Players will team up and fight their way through maelstroms of bullets while diving for cover. The ‘Swarm A.I’ enemy behaviour system adds a new level of tension, making tactical movement and teamwork critical to your squad’s survival. Experience the charge of heroism as you and your team run and gun to complete vital objectives, rescue one another and overcome deadly ambushes.

Evasion will empower gamers to walk, run and dive into battle with unparalleled locomotion freedom. Evasion’s goal is to deliver on the promise of free movement that VR gamers want. Players can choose from highly crafted locomotion modes designed for FPS gameplay that can be customized to your own play style and comfort level.

Fight Solo or Team Up

Make your mark on the battlefield and choose from four hero classes including the death-dealing Striker, indispensable Surgeon, calculating Engineer or valiant Warden. All four classes have their own unique strengths, weapons & ultimate abilities. Players can combine class types to create the most effective team.

From compelling mission objectives, to powerful player class combinations and blockbuster-quality FX and destruction, Evasion is poised to become the next must-own VR shooter.