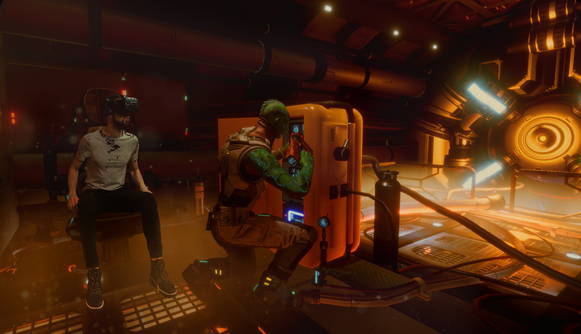 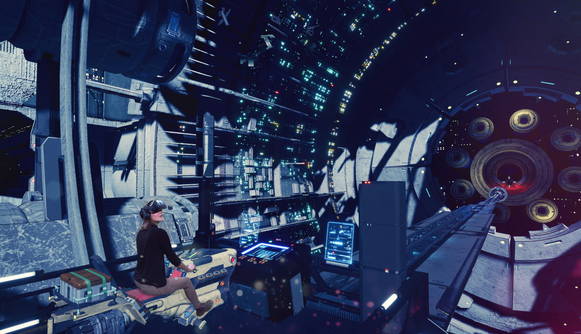 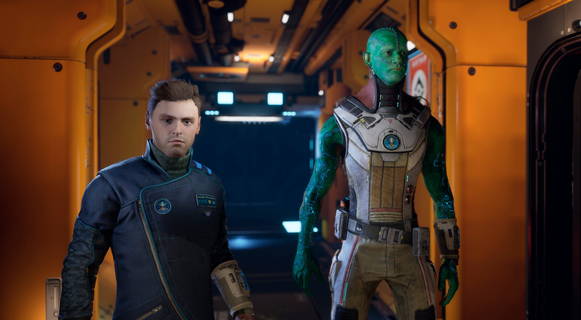 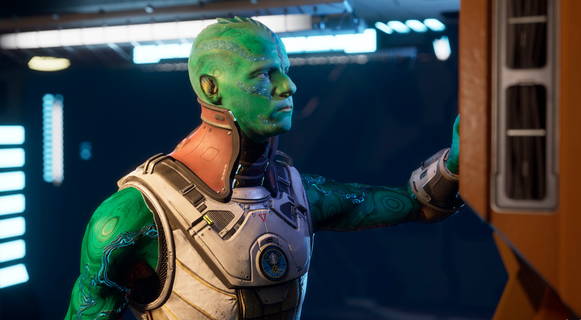 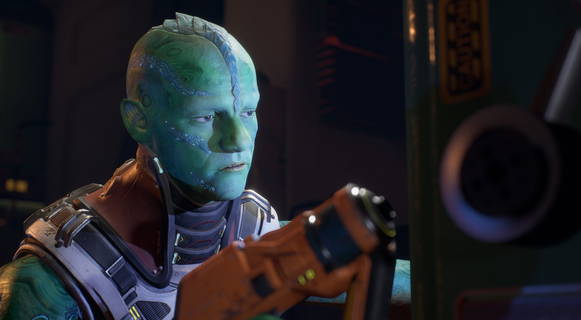 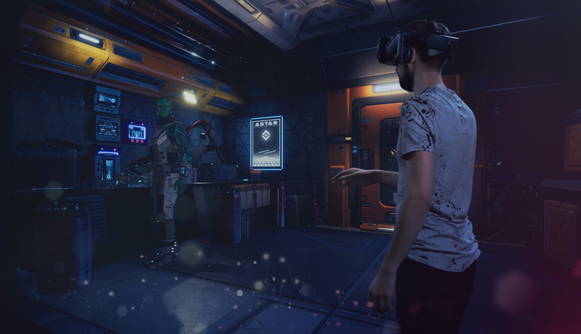 This is an interactive animated adventure VR film where the viewer interacts directly with famous actors, and actually becomes one of the main characters and can influence the development of the plot and the ending. Interactive VR movies are a new product in the sphere of Immersive Digital Art, a symbiosis of cinema art, CG art and the latest VR technologies, which creates quite unusual sensations for the viewer. This VR movie is created by Impulse Machine studio.

According to the plot at the middle of the third millennium, people finally colonized space and made aliens a part of their society, but, unfortunately, they did not actually become more responsible for the environment. In the new, but, alas, not the most wonderful world, the main characters become members of the team of the space garbage ship: their brigade has a hard mission of saving humanity. The final decision - who to save and who will be destined to die – is for the viewer to be made.

Famous actors take part in this project. One of the main heroes, the flight mechanic of the Malachite Green race, is performed by Yuri Kolokolnikov, who played in the legendary series “Game of Thrones”. Irina Starshenbaum, theater actor Nikita Yelenev and video blogger comedian Sergey Mezentsev are also involved in this project.

«Now all the existing VR-projects can be divided in two parts. Those are VR-games of different type of difficulty or 360° videos, something like shooting from a camera mounted on the back of an eagle. We tried to create something new, combine a traditional movie and virtual reality, but also we added some interactivity», - Vagram Adamyan tells, the executive producer of the film.

«According to the idea, “Kessler Effect” is not just a VR adventure, it is also a serious science fiction story told through unusual art methods. This is the first serious VR project with a cinematic narrative of this scale», - adds Yevgeny Marchenko, the VR producer of the project.

In addition to the interaction with hands, the viewer has the possibility to use different modes of computer vision of the protagonist, that is a robot from the future: he can determine the distance to the objects or find hidden clues, using X-ray vision.

A complex and beautiful VR film with an interesting plot is primarily aimed at 18–35 years old viewers. However, it will also be interesting to fly a space bike or blow up an orbital station for a younger audience. The age limit of the movie is 12+.

There are 3 endings in the movie, so the length varies depending on the ending a viewer chooses.

The SynthesisVR Pay Per Play billing model is support

The authors of the project say that virtual reality as a visual tool has its own advantages and disadvantages. On the one hand the viewer sees it all from the first person so that they fully immerse into the environment we created for them. On the other hand, this way of storytelling creates specific restrictions – all the action can be shown only via one sequence. The directors of photography can use different techniques, short and long shots, complex edit, but in VR-projects the viewer is one of the heroes of the movie, and he is the one who decides where and how to look.

“The Kessler Effect” uses 3D surround sound to concentrate the viewer’s attention on some specific elements of action. It can’t happen in ordinary cinema halls, where you have a limited number of speakers – wearing a helmet you could turn your head as much as you like and the sound will come from the side where it was produced. All the sound design of the project, including the music and the integration of background noises was produced by Fancy State studio.

The movements and facial expressions of the actors were recorded using the motion capture technology (for example, the “Avatar” movie was filmed the same way): they had special marks on their faces and bodies, so that a huge amount of cameras can detect even their smallest moves. Working on such projects requires great professionalism and skill from the actors and the director, because the performer sees his character and some of the elements of the set only on the screens, that are standing around the perimeter, otherwise they have to play it all in an empty pavilion.

Regarding the survey, conducted amongst a focus-group consisting of more than 1000 persons, 75% of the respondents that watched the movie rate it as “good” or “excellent”, and 81% are ready to recommend it to their friends.