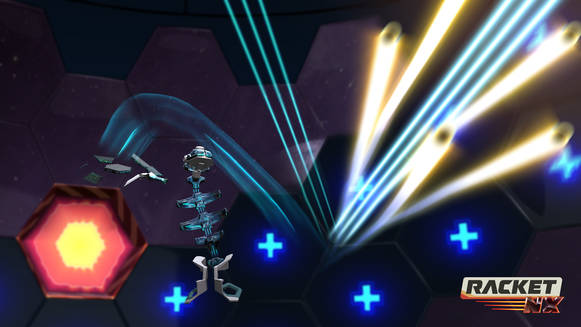 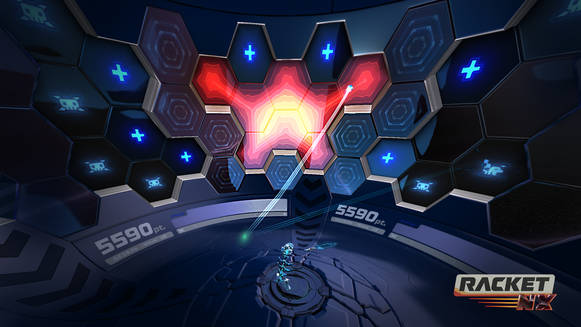 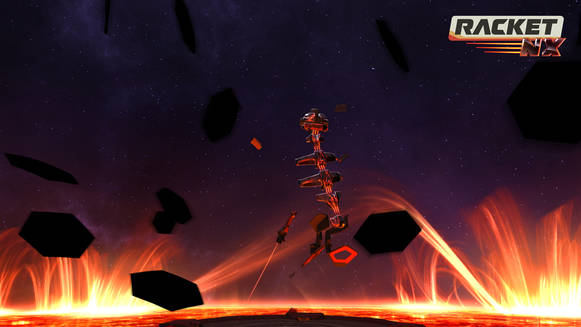 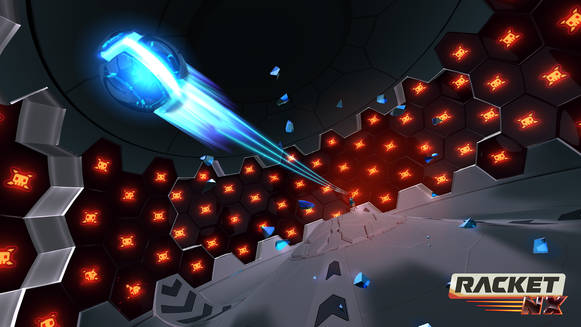 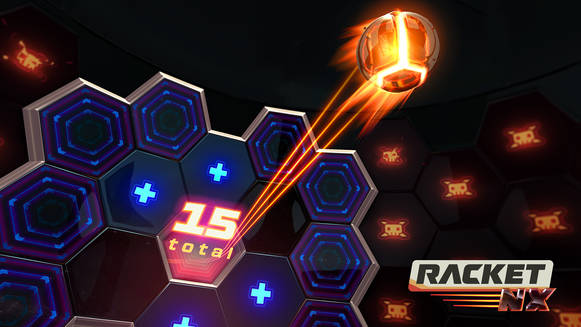 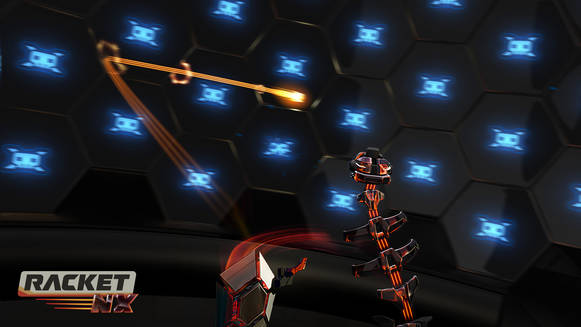 Racket: Nx is a new kind of game that challenges the limits of what you can do with a racket and ball in VR.

The game is played inside a giant glass dome, the walls of which light up with targets you must destroy with the ball.

But this is no ordinary ball!

Hit it with force and it will slam into the wall, rolling across it and bulldozing everything in its path!

Use your racket's tractor beam to pull it back, or simply to line up your next shot exactly where you want it.

Be quick and plan your shots well. Learn to control the ball to perfection.