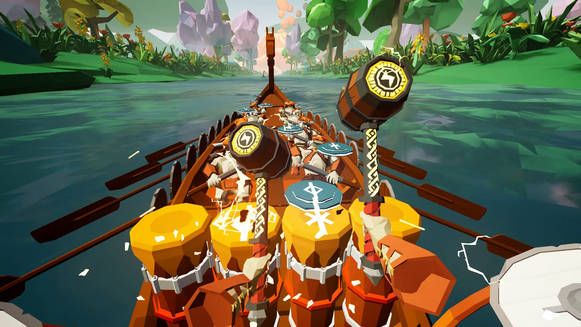 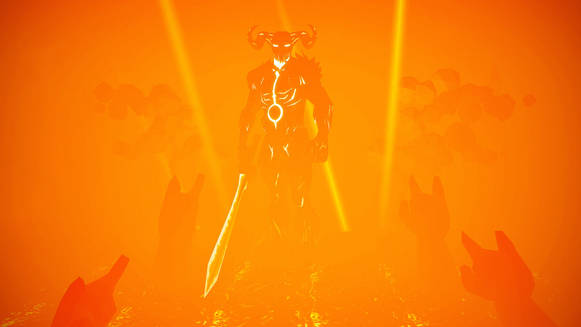 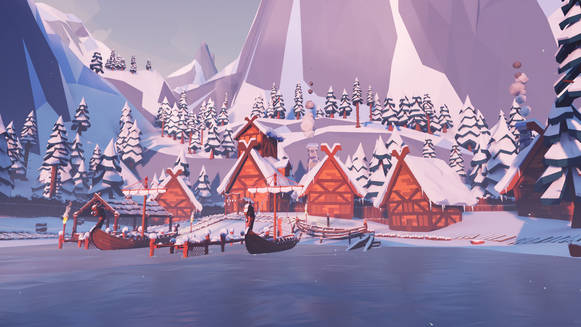 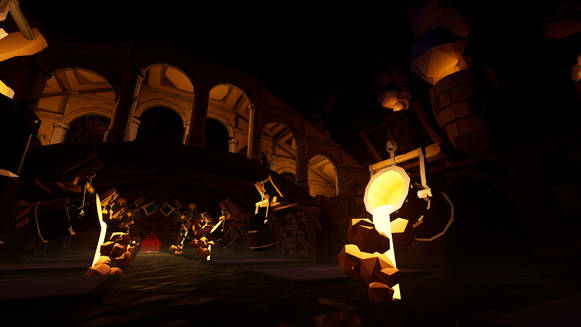 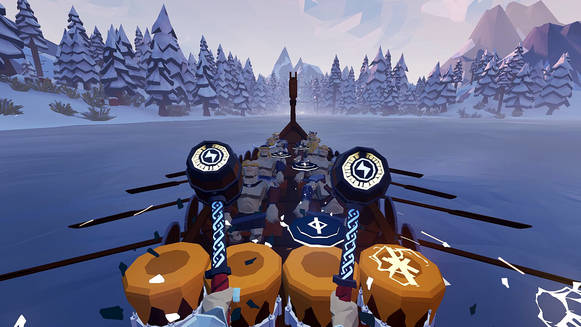 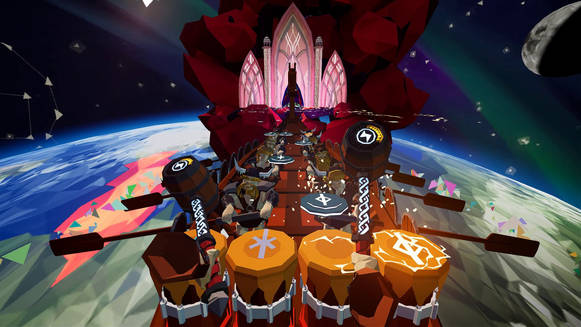 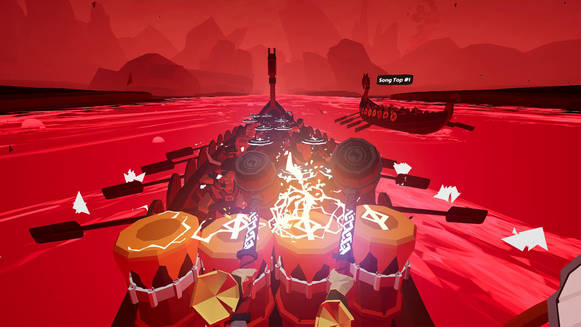 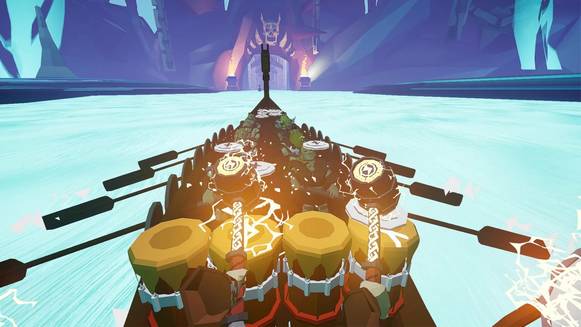 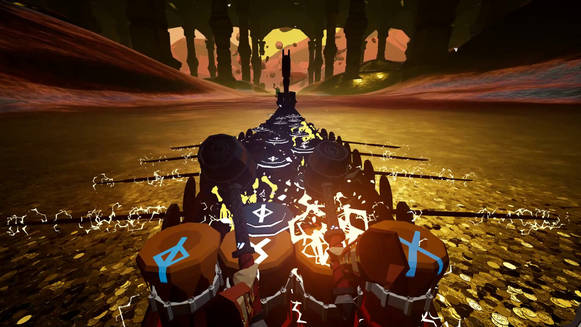 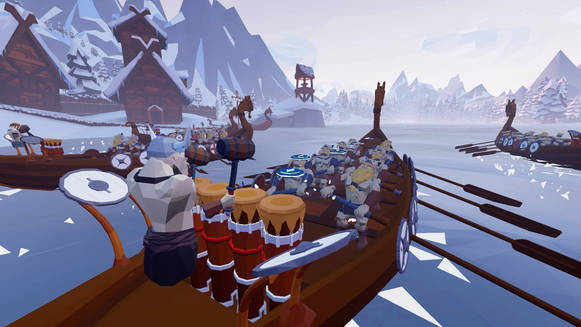 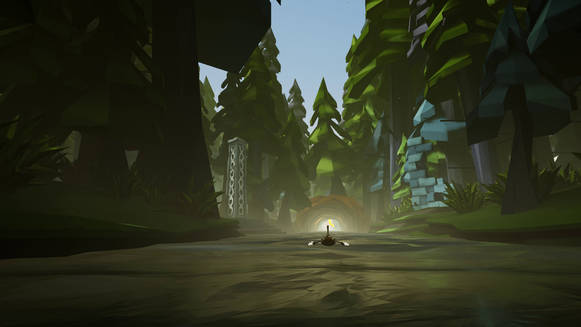 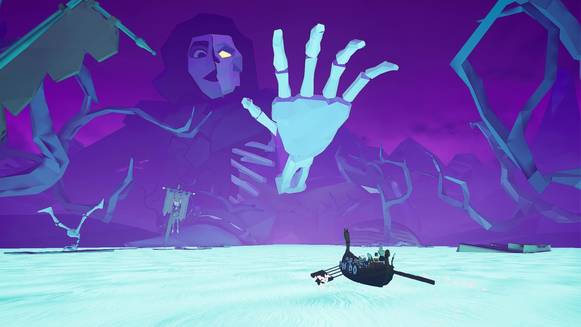 Are you ready to rock?

Ragnaröck is a solo/multiplayer VR rhythm game in which you play a viking captain competing in a ship race. With your two hammers, crush the incoming runes in sync with epic viking music. Keep hitting the runes perfectly to accumulate combo energy in your hammers, and you will be able to activate a speed boost!

Unleash the drummer in you and play to the epic tracks of Alestorm, Gloryhammer, Wind Rose and more. All have a festive viking/celtic/pirate style, which will make you feel the viking power in you!

Following the tradition of arcade games, Ragnarock is easy to play, hard to master. To move forward, only your sense of rhythm matters. However, to win the race, you will have to use your skills wisely!

Ragnaröck transports you to the brave land of the vikings in 6 stylized environments inspired by norse mythology.