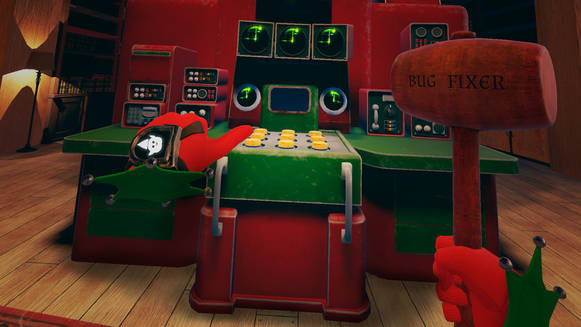 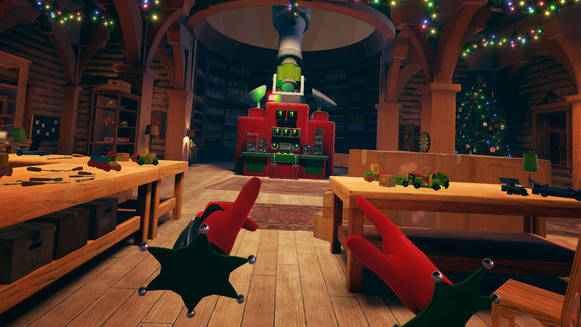 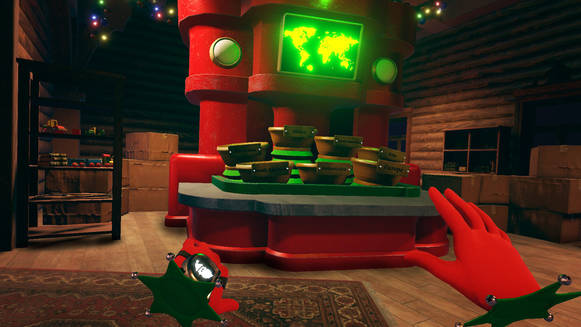 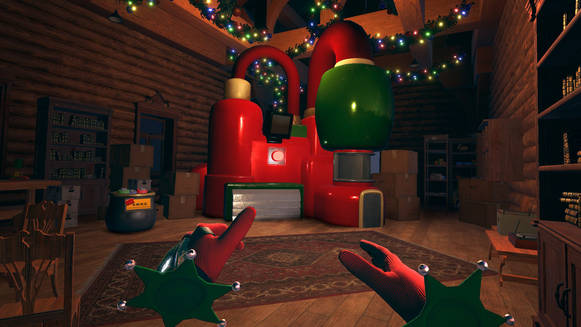 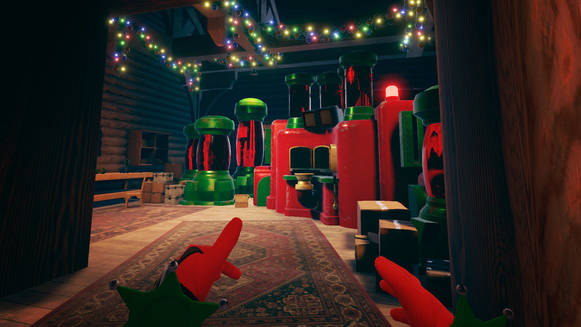 It was the night before Christmas.

Presents with a ribbon were tied.

Christmas music was playing around.

Then all of a sudden was heard an alarm,

And Boom-Bam you were the only Elf on who Santa can count.

A Very Bad Christmas Eve is a single-player action-adventure puzzle game from Incineration Productions exclusively made for the VR platform.

It is Christmas Eve. Santa Claus has just flew off with his sleigh, leaving the most magical workshop in the world. Not so long after he left, all of the elves went straight home and thucked in for the night. Except you. You play as the last Elf who still hasn’t left Santa’s workshop. Imagine yourself on a rocking chair in front of a burning fireplace, completely undisturbed, finishing the last sips of a rich hot chocolate. The lights are dimmed, Christmas lights are twinkling, you are enjoying the sounds of wood crackling in the fireplace. You can hear your favourite Christmas tracks playing from a distant old radio. Then, all of a sudden, an alarm starts to ring. You jump out of the chair and see that one of Santa’s machines has broken down. Then you realise that you are the only elf who can save Christmas. But can old St.Nick really count on you?

There are four critical machines in Santa’s workshop. You better fix them, all, on time, because even if one fails, Christmas will be ruined. Except if you don’t want to save Christmas…