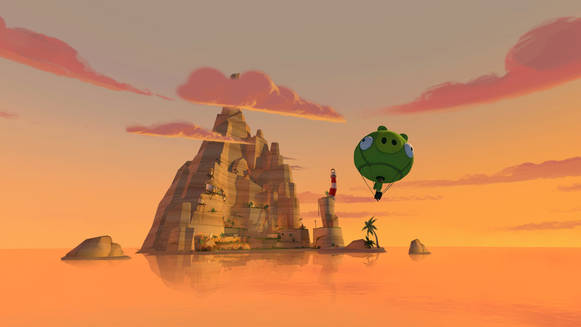 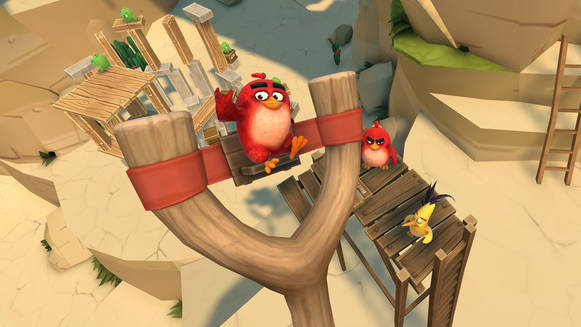 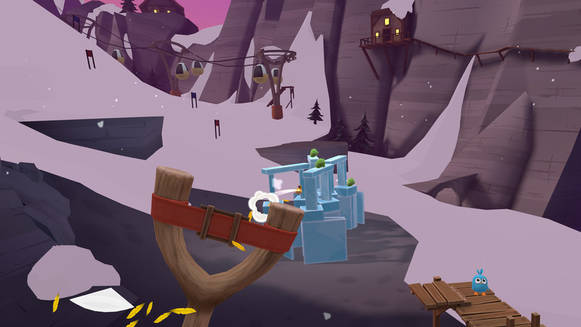 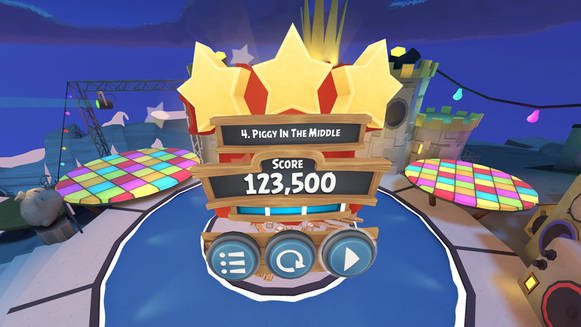 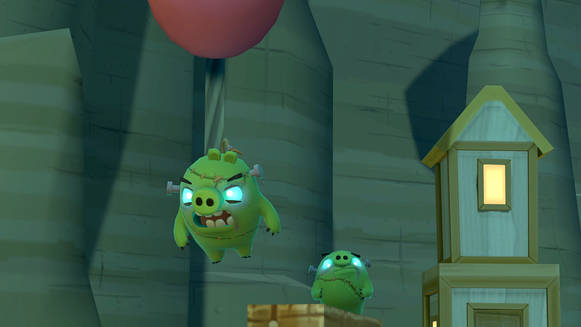 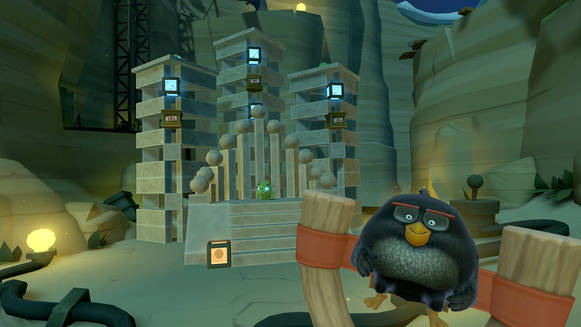 Join Red, Chuck, Bomb and the Blues to save the stolen eggs in Angry Birds VR: Isle of Pigs, an immersive VR game adventure from Resolution Games!

Explore the remote island where the greedy green pigs take their vacation in 104 fun-filled levels! Make your way up to party city through the serene “Vacation Levels” of exotic beaches, steep cliffs and snowy slopes while destroying structures in the most spectacular way. Once the new boss pig Dr. Frankenswine takes over, it’s time to slingshot your way through even more challenging “Spooky Levels” gameplay, where the beaches are scary, the cliffs are creepy, the slopes are slimy and the peaks are terrifying.

Throughout the levels, choose from different angles to make your slingshot, using classic Angry Birds gameplay elements to progress and strive for the best possible score. And using the bird’s special skills - like Bomb’s explosive power - will help you earn maximum points.

But the fun doesn’t stop there! With the level builder, players not only have creative freedom to design and play their own levels featuring their favorite feathered friends, but they can now also share their creations, have them ranked by the greater Angry Birds VR: Isle of Pigs community and discover an unlimited amount of player-created content!